Hacking the Schengan Visa : What I learned in Hungary 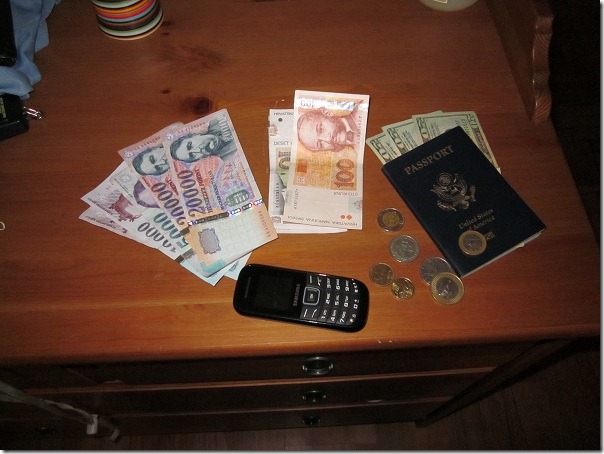 Disclaimer: This post is not about me. I present it here solely for informational purposes, but the details shouldn’t be taken seriously. Narrative provided by my friend, who we’ll just call ‘Jason’.

Ahhhh Europe. Yes, the quintessential summer trip. Ever since high-school I’d wanted to do a 4-6 month dirt-bag trip through the continent. Unfortunately, it turns out that in most of Europe you’re now restricted to 3 month stints. Yep, good luck covering Europe in 3 months.

The Schengan visa-free zone, while probably great for the economic unity of the European Union, is not ideal for long-term backpackers. It certainly makes border-crossings easier, but you can throw a few of those old 6-month backpack-around-Europe itineraries right out the window (you also won’t get any cool stamps in your passport).

I found out about this restriction after I’d already spent a month in Belgium and France, which is typical of my half-baked travel style (yes, this has kicked me in the ass more than once). Fortunately, I was able to figure out a way around it.

Here is some information that will help you avoid (or exploit) a similar situation.

Schengan rules are worth understanding before you travel to Europe.

If you don’t know what Schengan is, it’s the visa-free zone that covers most of Europe (see image below). Notice that ‘Schengan Visa’ is a bit of a misnomer (it’s not actually a Visa, that’s the whole point). If you’re flying into a country within the zone, (say landing in Paris, Brussels, or Barcelona) you’ll walk through customs and get a dated stamp in your passport. This is incredibly simple, stress-free customs process, and that’s the great thing about Schengen: border crossings become a non-issue.

The catch is that many people, even customs officials, still don’t really understand how the Schengan rules work.

So here it is, in plain English:

Every blue country on that map (as of August 2012), with the exception of the UK, Romania, and Bulgaria, is part of the Schengen agreement,

If you’re from the US (or certain other countries) upon entry into Schengan you can stay IN THE ENTIRE SCHENGEN ZONE for a MAXIMUM of 90 days within 180 days. Got it? There is no way to extend this. It’s 3 months in, 3 months out (or 3 months in spread out over 6 months). The only way to stay longer is to apply for a residency/student/work permit (good luck!).

Once you’ve spent 90 days in a 6 month period in the Schengen Zone you’d better be out of Schengen countries or you could face steep fines or stamps in your passport like Deported. There are numerous horror stories about this on the Lonely Planet Thorntree forum, about all kinds of trouble, everything from being fined 1000 euros to being deported.

But, as it turns out, sometimes you can bend the rules a little bit…

Another bead of sweat rolled down my forehead, mostly due to the stifling, 37C (HOT F) heat in our train cabin. But I was also sweating bullets because I knew something that our Hungarian customs official did not: there was absolutely no way they should let me re-enter a Schengan country.

The train we were on was headed from Zagreb to Budapest, but I was nearly certain I’d be unceremoniously kicked off at the border.

Why? Because I just taken the opposite train journey yesterday—a straight-up visa run–which (at least to me) seemed rather suspicious. And more importantly, because I’d been in the Schengan zone for 90 days and it couldn’t be more obvious from the two side-by-side stamps in my passport that clearly delineated a 3-month time block.

When the customs official came to our door I had my laptop out, a pen in my mouth, and my best Jason Bourne “you want to give me what I need” look plastered on my face, trying to look busy and important. My alibi was something about being on a business trip, but I also had a mutli-layered fall-back story if needed. All I had to do was not look like I was about to be physically sick, which was a tall order.

While I’m pretty good at managing stress (I admit with some chagrin) I’ve never been good at breaking codified rules. I like to exploit rule-based systems—which is qualitatively different–but grey areas where I might be castigated by an authority figure (and this whole Schengan thing is really a grey area) still make me uncomfortable.

But I was absolutely set on getting back into Hungary.

I had been standing in line at the immigration consulate office in Budapest. I’d already filled out a stack of documents, printed out proof of income and residency, and had passport photos ready to go. I was serious—I wanted to stay in Hungary longer and was going to get a residency permit.

The guy at the window (who was surprisingly helpful for a customs official) asked why I was applying for residency. I said ‘business’. He looked at me for a second, then said “You’re American right? You can apply for this, but it will take 30 days and cost you [some large number] of Forints ($$$). Just go to Croatia and come back. You’ll get a new stamp, good for another 90 days.”

You know that’s not how Schengan works, right?  I re-explained the rules to him. He listened calmly and then replied that that was all fine and good, but Schengen countries are individually responsible for implementation. That means that if Hungary wants to give out a new stamp, good for 90 days, they can, and do. The guy was ridiculously helpful. I dropped my stack of documents in the trash and walked out.

Ultimately, I need not have worried…

The surprising thing is, while border customs between Hungary seemed rather aggressive on the trip out, coming back was almost effortless. Our Hungarian customs official looked at my passport, scanned it, stamped it, and handed it back as perfunctorily as if he’d been ringing me up at the cash register.

I was immediately on my way back to Budapest, the proud owner of a brand new Schengan stamp.

The catch though, is this: if I were to travel through other parts of Europe and get stopped, I could be deported. Assuming the officials in question understand the rules, add up the dates, and then decide to be dicks about it. But I already took this into consideration and I decided I’d be staying in Budapest for another month before making my way down to Istanbul for a flight off the continent.

Conclusion: Sneaking out through Serbia

The real question at the time was: what he hell would happen when I crossed the border on my way out of Schengan. Maybe I was lucky and got some doofus customs agent on the way in, and maybe the way out wouldn’t be so seamless. I also had to make it through Bulgaria (a semi-Schengan state) on the way to Istanbul.

Obviously, for anything like this flights are out of the question (too much security), so a train or bus into a non-Schengen zone (like Croatia or Serbia) turned out to be the best option.

What I opted to do was take a night-train to Belgrade, Serbia, for the simple reason that I assumed the border patrol would be a little more chilled out (and something about flying under the cover of darkness). Nevertheless, I was still sweating bullets when I handed over my passport at midnight (or whatever time it was).

While it’s impossible to say exactly what will work 6 months from now, especially with what I assume will bring improvements in security, this was my experience in the field.

One question still remains: the next time I head to Europe, will anyone notice?

For more on getting around Schengan rules, see one of the only other blog posts on the topic:

=> Experiment: Stay in EU/Schengen for More than 3 Months (How-To)

18 Travel Apps and Tools I use Daily on the Road

Discount Airlines: How to Fly Around Europe for Cheap