Discount Airlines: How to Fly Around Europe for Cheap 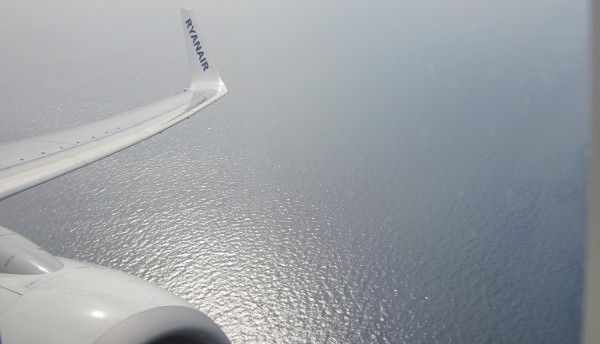 Forget rail-passes, the way to travel cheaply around Europe is via super-discount airlines, where tickets cost as little as €10.

In a particularly frenzied bout of travel in July of 2012 I jumped on and off 6 flights in 6 weeks, crisscrossing the entire continent several times (Barcelona to Berlin, Paris to Budapest, etc).

In rare form I didn’t keep track of these expenses because it was too cheap to worry about (my flights averaged $18 US total). I even bought flights I didn’t use just in case I was in a particular city a few weeks down the road.

How Discount Airlines like RyanAir Make Traveling in Europe Cheap

While we don’t really have the concept of discount airlines in the US (see up and coming Spirit Air), they are well-established in Europe.

See a complete list of low-cost airlines around the world here. I count 32 in Europe alone!

RyanAir is the most notorious of the bunch and in my experience the cheapest. Spend a few minutes on the website and you’ll see what I’m talking about: airfare from Paris to Zadar is only €38. I’ve seen fares as low as €5, including taxes and fees (seriously). Note that these routes don’t always show up in Kayak.com booking searches.

Why notorious? Well, for cutting absolutely all costs in the pursuit of profit.

It’s not actually as bad as you think if you grit your teeth and just get it done. Most flights in Europe are short so at least you don’t have to deal with this for more than a few hours.

Note that RyanAir also isn’t the only option. Check out airlines by region and on the Wikipedia list above. Some of them more expensive low-cost carriers like EasyJet are as comfortable as regular airlines.

There are just a few things you need to understand before you start booking on RyanAir:

I went to Europe with a keen understanding of these 5 things, and it paid off beautifully. Sure, it’s a slight pain in the ass, but if you’re traveling light it isn’t too big a deal to make a few concessions for a nearly free flight.

Is it Worth it?

I’ll leave that up to you but I can say without hesitation that once I got my RyanAir kit together it was easy as pie. Being able to fly anywhere in Europe for almost nothing makes you feel like a rockstar—at least until they cram you into their cramped seats. Like anything else this depends on the number of times you have to do it and your pain thresholds.

Tip: I heard of a few people who planned (or more precisely, didn’t plan) their Europe itineraries by the destinations with the cheapest RyanAir routes. Voila, instant itinerary creation…

But Europe is too expensive!

Sure, Europe is expensive, but not compared some places in the US, like San Francisco (if you can make it there, you can make it anywhere). Also, Europe often isn’t as expensive as you expect, and it isn’t a blanket cost increase either—some things are much more expensive while others are much, much cheaper.

My favorite point of comparison is the cost of Belgian ‘specialty’ beers in the US, often $14 a bottle. In Belgium these are standard beers that only cost €0.80 at the supermarket.

You can rent in apartment in major European cities for $400-$500 a month while you couldn’t rent a cardboard box in San Francisco for that amount.

You can usually find some kind of delicious street- or small-restaurant food for €2-4 per meal. I mean actual, delicious food: I’ve been in really touristy areas and found sandwich shops that offer a €4 foot-long sub with real bread, meat, and vegetables. You’ll never be able to eat at Subway again..

And finally, now that you know how to fly almost anywhere in Europe for about $20 you don’t have to worry about transportation, either.

Bonus: How to get to Europe for Free

Some friends of mine said the other day: “We’d love to go to Europe, but getting there is too expensive!”

Read my post on how I flew around the world for $220, or just sign up for the American Airlines Visa (note: no affiliate relationship). Sign up for the card, spend $1000 in 3 months, and you nearly have a free round-trip ticket to Europe.

Another trick I highly recommend now that you’ve read this post is to look at the cost of flying into different cities, even extremely far from your final destination. If you can fly into Brussels and then take a discount airline to Barcelona you could save a bundle of money on the price difference of flying from the US.

Finally, if you’re flying from the West coast, consider buying (or using miles) to get to New York and look at flights out of JFK. They’re often a steal.

Anything I missed? Let me know!

18 Travel Apps and Tools I use Daily on the Road

5 Things I'd do Differently if I Left the USA Today