Glad I decided not to surf today… 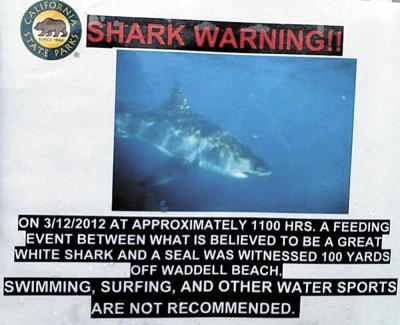 This warning comes from a March 2012 seal attack, but the pics below are from earlier this month.

A friend of a friend snapped these pics at Waddell / Scott’s Creek near Santa Cruz, California sometime in the last few weeks.

All three shark pics came off a friend’s iPhone: 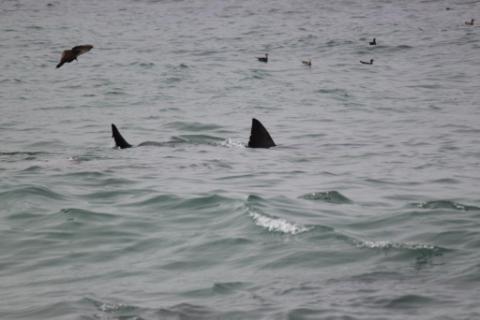 That’s enough to keep me out of the surf for weeks, but check this out: 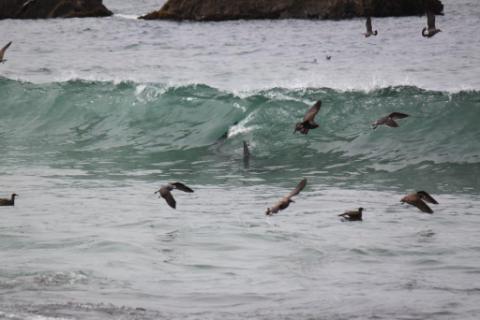 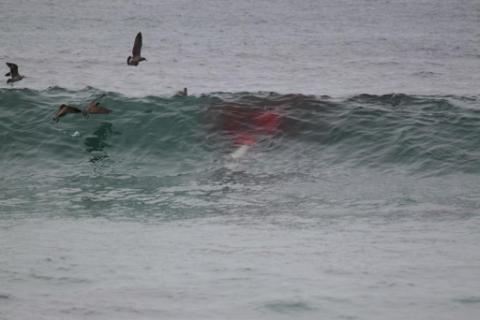 While we were looking at these yesterday, a text arrived from another friend who had just gotten out of the water at 3-mile after a shark rolled through the lineup.

September/October is the peak of shark activity on the California coast, and the peak month for shark attacks.

Of course, that didn’t keep an estimated 14-16 foot long great white shark from attacking this guy’s kayak about 1/4 mile from Pleasure Point in Santa Cruz back in July (the first sighting reported in this area in decades).

“First of all I would like to thank my guardian angels who helped me survive my encounter with an apex predator today.”

Nor did it stop rangers from temporarily warning surfers to stay out of the water at Waddell Creek after a shark attacked a seal back in March (see image at top of post).

I’ve done a lot of deep thinking about shark attack risk, and although it’s always extremely low it doesn’t hurt (at least for your psyche)  to skip out on riskier coastal sessions this time of year. Number-crunching shark attack data shows that the chance of attack is incredibly low: along California’s 3,427 miles (5515km) of total coastline (840 mi/1351 km if you don’t include inlets/bays) there were only 6 attacks (none of them fatal) reported to the Shark Research Committee in 2012.

“Your chances of encountering a white shark are extremely slim,” said George Burgess, curator of the International Shark Attack File and director of the Florida Program for Shark Research. “For the last several years, we have been averaging only five white shark-related deaths worldwide per year.” [source]

Basically, that means if you survive driving to the beach you aren’t going to die of a shark attack. Another way to think about it: if you do get hit by a Great White Shark, well, it was just your time buddy.

Not something to take lightly as Eric Geiselman can attest to. He was hit by a shark at nearby Laguna’s creek back in 2009 duing a coastal practice session for the O’neil Coldwater Classic. Amazingly, the result was captured on video (watch it on Surfline). 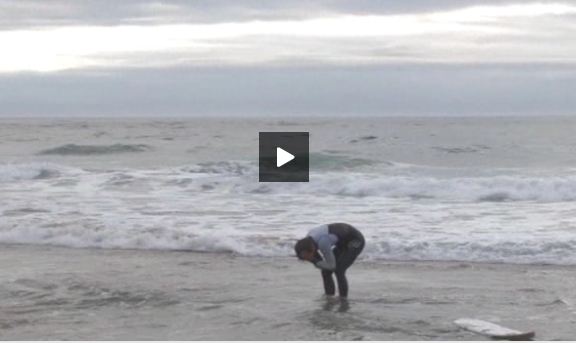 Still going out today? I guess I’ll leave that up to you!

The Top 10 Spartan Travel Adventures of 2012