SE Asia is a Playground for Outdoor Sports 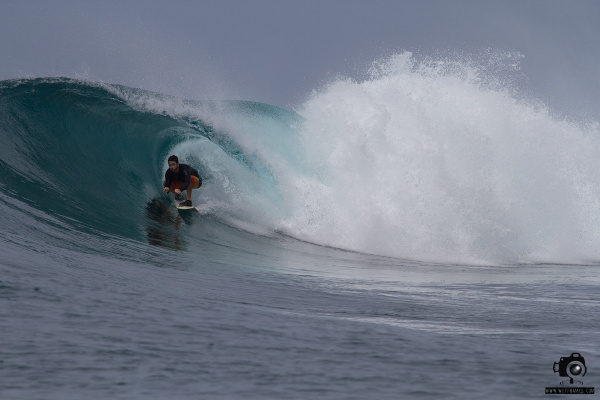 Pack your gear duffels and get to SE Asia.

Most people have heard about good surf in Indonesia or epic rock climbing in S. Thailand. But until you’ve been it’s hard to imagine the extent of the options, the incredibly low cost of living and traveling in the region, and the top-tier quality available for each sport.

I just completed 9 months traipsing around SE Asia, and I was initially stunned to find out how easy it is to set up a base of operations with a small amount of gear and tour the entire region.

You can fly just about anywhere for less than $200 (even booked 24h in advance), and virtually every sport is on tap: surfing, rock climbing, scuba diving, mountaineering, kiteboarding, sailing. The list goes on.

It’s an outdoor-sport junkie’s paradise. Below is a regional overview.

A few things to know about traveling in SE Asia:

1. Surfing: The Perfection of Indonesia 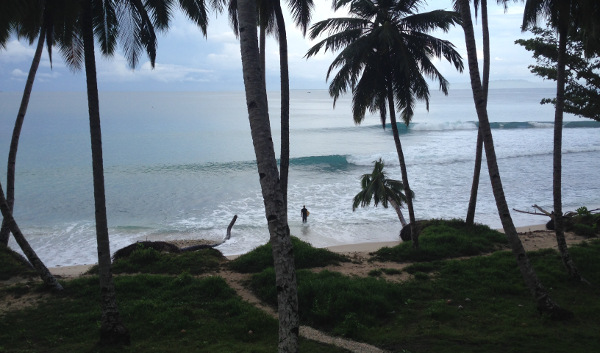 No surprises here: Indonesia offers the most perfectly-formed and consistent waves on earth. With a virtually uninterrupted swell season (March to November, with plenty of off-season bumps), an archipelago of thousands of mostly undiscovered islands, and warm water, it’s clear why many surf travelers find themselves stuck here indefinitely.

Most people fly into Bali, which is a good place to start considering the options for further travel and the availability of gear (you can easily buy new, custom, or second-hand surfboards here for a few hundred dollars). Most of the rest of Indonesia you’ll be hard-pressed to find essentials, so get them before you leave town.

While Bali offers beautiful scenery and some fantastic surf, many find it overwhelming: Kuta, the center of Bali, is an Australian Cancun, and most of the island sports some of the most crowded surf conditions on earth. But Bali does provide the option of extremely cheap but high-quality living, so it’s worth a look.

Leave Bali and the sky is the limit: take the ferry to Lombok, fly to Sumbawa, take a boat trip to G-Land, or hop over to Sumatra and plop down in a surf camp in the Mentawais.

A few things to know about surfing in Indonesia: 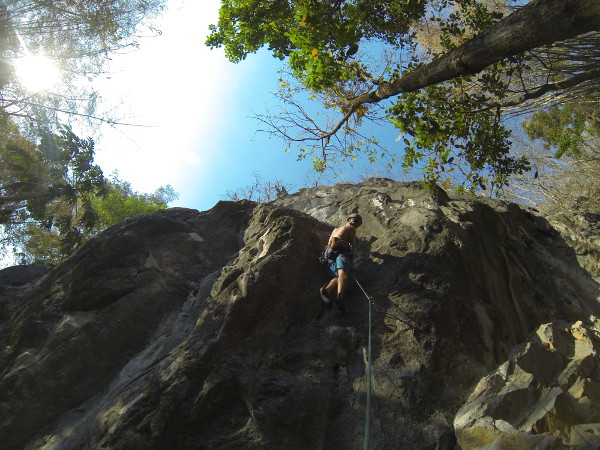 If your dream is a bamboo hut and a climbing wall, with a beautiful beach to relax on and 3 squares a day, it’s hard to go wrong here.

You may remember the deep water soloing sequences from the 2006 film First Ascent, and the rock-climbing circuit here is well-worn: most travelers start in S. Thailand in the Krabi area, where Ton-sai and Rai Leh/Ao Nang offer up a tremendous number of routes with breathtaking sea-views. The migration tends to send climbers North to Chiang Mai and then to lesser known but apparently epic Laos.

From my experience, the fixed gear in these areas is extremely good: we were blown away by the quality of the bolts and the amount of ongoing maintenance at Crazy Horse Buttress (Chiang Mai), and to my knowledge most of the routes in S. Thailand have been re-bolted in the last few years.

There is also a surprising abundance of gear and affordable instruction (I deliberated on bringing climbing gear from the US. In the end I just bought what I needed upon arrival). In Chiang Mai, CRMCA offers up numerous courses and has a full climbing shop where I was able to fully equip for less than $200 (shoes, harness, helmet, chalk bag & chock, ATC+locking beaner, 3 slings). Prices were about the same as they are in the USA. Beginners need nothing more than to walk into one of these shops and sign up for an intro course to get started.

A few tips for rock climbing in SE Asia:

3. Kiteboarding: The best wind on earth? 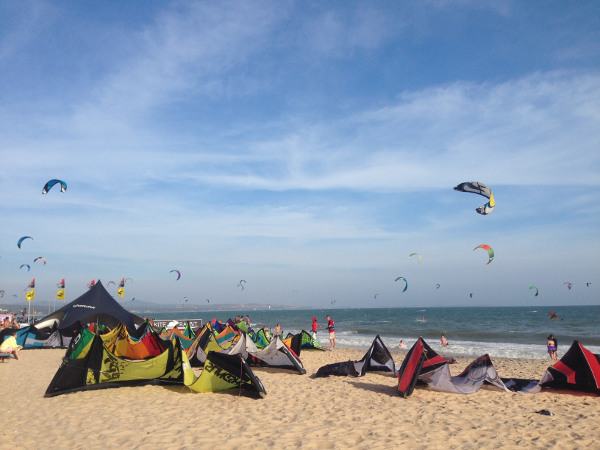 Before touring the area I had no idea that SE Asia was a kiteboarding mecca. I came to learn that both Vietnam and the Philippines are considered two of the world’s best wind spots.

Vietnam’s primary kiting destination is Mui Ne, which is just a few hours by train or bus from Saigon. The good news is, there’s plenty of wind and some opportunity for wave kiting. The bad news is, the town is somewhat played out with big hotels and development projects and a booming tourism industry the pulls in primarily Russian vacationers (to the point where you’ll find restaurant menus entirely in Cyrillic).

The Philippines is known for crystal-clear water and excellent wind, primarily in the beach resort of Boracay. While I didn’t have a chance to investigate the Philippines it’s high on the list for the next trip, and I’ve heard some very good thing about it.

Kiteboarding as a sport is definitely dependent on bringing your own gear unless you have a lot of money to drop. Renting is possible at exorbitant rates, no less than $50 an hour where I checked. I checked intro class rates in Mui Ne and they were standard: around $300+ to get started.

A few tips for kiteboarding in SE Asia:

The tip of the iceberg

Despite spending a cumulative year in the region I’ve still only scratched the surface. Although SE Asia is further away for Americans than Central/South America and Europe, the cost advantages, ease of moving around the region, and excellent options for each activity make it well worth the trip.

If you have a favorite spot in the region, you should probably keep it to yourself  :), but I’d love to hear about your general experiences in the comments.