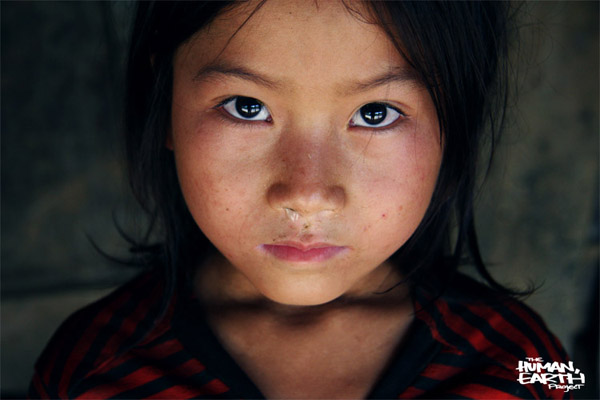 On 16th July 2011, sixteen-year-old M was kidnapped from Vietnam. She is believed to have been sold as a wife or prostitute in China, a victim of human trafficking.

Editor’s Note: this is a guest post presented in conjunction with John of JetSetCitizen. To support the project please visit the ‘The Human, Earth Project’ crowdfunding page for more information.

A story of human trafficking

The experience of traveling through S.E. Asia at a leisurely pace, feasting on tasty street food, exploring temples at sunrise, and exchanging philosophies with other like-minded spirits that you meet on the road, remains a lifelong dream for many. Each year, hundreds of thousands of daring individuals pack their bags and hit the road.

But few are exposed to the dirty secrets usually hidden from unsuspecting tourists. The kind of heart-wrenching inequalities you only witness if you stick around longer than the ‘just passing through’ 3-day trip, many tourists get to experience.

One such ‘tourist’ who got more than he expected when he got off the beaten track, was photographer and film-maker, Ben Randall.

Ben decided to spend some time in the northern region of Vietnam, and during that time he met a bright, vibrant, 15-year old girl named M. M was the sort of heartwarming local you remember.

A year after leaving Vietnam, Ben received some shocking news. His friend, M, had been kidnapped after accepting a motorbike ride from someone she thought to be a friend. All evidence pointed to M being a victim of human trafficking: taken to China and most likely sold as an unwilling wife, or worse, prostitute.

Ben searched for more information on what had happened to M, and it quickly became apparent that her’s was not a one-off case. Reports suggest there are now more than 30 million victims of human trafficking.

Vulnerable children are said to represent a third of these victims, and sadly, Thailand, the land of smiles, is known to be one of the worst offenders of this crime.

Many would like to believe the problem just exists in Asia and therefore doesn’t affect them, but that’s not true. In fact, the UN estimates that 161 countries are involved as a source, transit or destination.

Instead of relegating M to just another sad story, Ben decided to use his skills in filmmaking and photography to shed light on the issue, and hopefully return M to her family. Together with a small army of supporters, Ben is filming a feature-length documentary about not just M, but all the other victims of human trafficking – most of whom you’ll never hear about.

To date, Ben has funded the travel and production costs of this project from his own resources, such is his belief that M’s story – and that of so many others – needs to be told. But these funds have run out. M has still not been found. And the documentary remains incomplete.

Making the documentary a reality will show people what’s really happening in this horrific $32 billion industry, but Ben can’t do it without the goodwill, encouragement and financial support of others who also feel this story needs to be told, and this practice needs to be eradicated.

Through his crowd-funding project, Ben’s goal is to not simply to raise funds to help find M. He wants to complete this documentary, so more M’s can be located and returned to their homes – and hopefully, do his part to put an end to this horrific trade in human flesh.

But he can’t do it alone. Ben needs your help. No matter how small, every little bit helps. To pledge your support to help bring an end to human trafficking and bring M and many others like her home.

To support the project, you can purchase beautiful photos of some of the people on Ben’s journey and even have your name in the movie credits. Please visit the ‘The Human, Earth Project’ crowdfunding page for more information.